Why going cashless is a problem in India

Bankers are bracing for long hours and angry mobs as pay day approaches in India, the first test for Prime Minister Narendra Modi’s move to invalidate almost all cash in circulation.

“Already people who are frustrated are locking branches from outside in Uttar Pradesh, Bihar and Tamil Nadu and abusing staff as enough cash is not available,” said CH Venkatachalam, general secretary of the All India Bank Employees’ Association.

The group has sought police protection at bank branches for the next 10 days, he added. “This is the fallout of one of the worst planned and executed government decisions in decades.”

He estimates that about 20 million people — almost twice the population of Greece — will queue up at bank branches and ATMs over the coming week, when most employers in India pay their staff.

In an economy where 98 percent of consumer payments are in cash, banks are functioning with about half the amount of currency they need.

Retaining public support is also crucial for Modi before key state elections next year and a national contest in 2019.

“We are bracing ourselves for payday and fearing the worst,” said Parthasarathi Mukherjee, chief executive officer at Chennai-based Laxmi Vilas Bank Ltd. “If we run out of cash we will have to approach the Reserve Bank of India for more. It is tough.”

8 move to ban 500 rupee and 1,000 rupee ($15) notes, a decision that blindsided the nation and sucked out 86 percent of currency in circulation.

Most top banks in the financial heart of Mumbai are now starting the day with anywhere between 800 million rupees to 1.2 billion rupees of cash — instead of the typical 1.5 billion rupees, according to bank officials, who declined to be identified citing the sensitivity of the subject.

These currency chests are then shared with several branches, which are rationing supplies. Withdrawals are capped at 10,000 rupees per person instead of the 24,000 rupees limit set by the government, said a manager at a state-run Bank of India branch in the eastern state of Jharkhand.

In a Mumbai suburb, a branch of the nation’s largest lender, State Bank of India, was starting the day with about 600,000 rupees of cash that will run out in about an hour, compared with the 1.5 million they’d typically have, the manager said. Staff will also have to work harder to document the payouts once business hours end, the official said. Both managers asked not to be identified as they aren’t authorized to speak with the media.

“With pay day around the corner a lot of small and medium-sized companies are opting for prepaid cards over cash payments,” said Naveen Surya, managing director of payments solutions company Itz Cash Card Ltd., who’s also chairman of the representative body Payments Council of India. “More than five million of these cards have been sold in India in the last one week” and sales of 40 million more are expected through December, he said.

Ride-sharing service Ola has partnered with fuel companies to help drivers get e-vouchers to fill up their tanks at Bharat Petroleum Corp. pumps in Bengaluru, the company said in a statement. Paytm, India’s largest digital wallet startup, has noticed a doubling in online recharges including a trend where individuals top up multiple mobile phones to help friends and family, the company said in its statement.

“I will request all our companies to encourage bank transfers for all such payments,” Pradhan said. 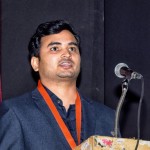